Christmas is coming. I still need to figure out what gifts to purchase for some friends, and it's not that easy. I wonder how tough that was for my parents, as I've spent over than 15 years bugging them to get me a dog. I asked for it at every birthday, Christmas, good mark and even on totally random days, of course. I begged, I fought, I cried, that dog, though, never showed up. They used to think it was just a passing fancy and that they would have had to take care of the dog themselves. Dogs actually were, and still are, my priority, but they didn't know.

I don't think that dogs are Suri Cruise's priority, however she's going to get one, just like my cousin did back in the day. I got so upset with that. Here's the news:
http://www.parentdish.co.uk/2014/11/25/katie-holmes-in-a-panic-over-suri-cruise-christmas-list/

Katie Holmes in a panic over Suri Cruise's Christmas list.

"I start to get a little bit of a panic because you cannot screw up talking to Santa, you cannot miss any item on that list, because if you screw that up, that's years and years of hearing about it, and probably therapy," she joked.
So just what does Tom Cruise's daughter want for Christmas?
"She's very specific," said Katie. "Like, 'I want a puppy, and then I want a pink collar that has sparkles on it that say puppy's name. Then I want shoes for the dog...Then I want a purple clip'."
And I'm feeling as upset as I did many years ago, when I saw that puppy at my relatives' place. It was a huge drama back then, a mix of jealousy and dismay for finding out that the world spins around unfairness. But I was also fully aware that the pup was doomed to unhappiness. It was an expendable gift, meant to make a kid smile for some days. No one really cared about the dog and thank God they soon found it a new home. 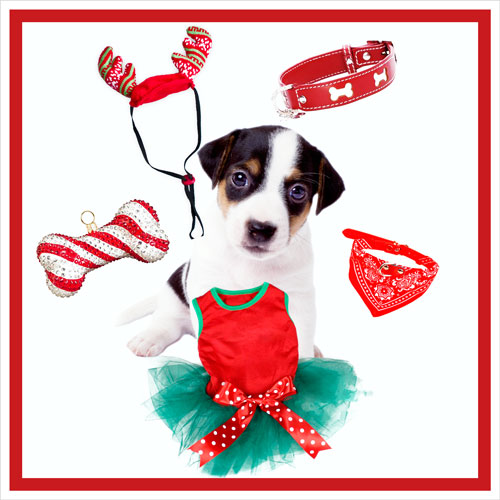 I wonder what Suri's pup fate will be. It probably will end up well, more than what will happen to many dogs adopted for Christmas.

Some of them will be abandoned or left in shelters, as we all know. But some others will stay with those families all life long. Apparently this sounds so much better, right? The thing is, it's not.

Dogs purchased as objects, will be treated like ones.
Their owners won't get any information about their physical wellness, not to mention their psychological needs. They won't be abused, but they will be surely neglected. This is why I felt so upset when I read that news. The "it's just a dog" mindset is still all around us, and it's so hard to get rid of. Christmas isn't causing this, it just enhances it.

My Christmas wish this year is that people could become a bit wiser and sympathetic and think twice before getting a pet.
Merry Christmas to you all from Skilladin staff!