Feeling empathy: the traps it can create

Empathy is defined as the ability to relate to someone else's emotions and experiences. Recent studies have revealed that the psychobiological bases of empathy lie in the mechanism of mirror neurons. Our ability to feel empathy is based on a series of inner resonance mechanisms which together allow us to mentally repeat emotional, motor and sensory aspects of an individual we are observing.
While empathy is a priceless tool in the process of gaining knowledge and understanding, it is also a mechanism which can elude our control and of which we often are not aware.

A common piece of advice given to pet owners is to ignore their dog if it's afraid.  I on the contrary do not ignore a frightened dog  and his emotional state.  There is nothing wrong with paying attention to what the dog is communicating.  Problems can instead arise from the owner's emotional state because, similarly to the way the resonance chamber of a musical instrument amplifies sound and increases its intensity, the empathy that dog owners feel for their dogs? fear can amplify and intensify the emotional state of the pet.   Indeed, owners may begin not only to perceive the stimuli which trigger their dog's reactions but also to feel anxiety and insecurity, if not real fear, upon perceiving these stimuli. This in turn amplifies the dog's reaction.  As a result, in order to help a fearful dog, we first need to recognize what we ourselves are feeling, in order to be in a position to develop our own sense of security, self-confidence and trust.  If  we are able to do this, the situation will be very different:  at that point, when we give the dog our attention, he will be attuned to our own positive emotional state, rather than vice versa. 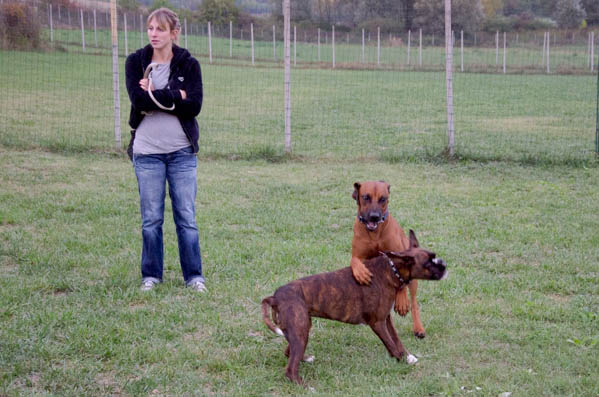 Empathy and the ethogram of the dog.

Assigning a certain meaning to a behaviour can also influence our perception of a dog's emotional state. Behaviours such as standing tall with head and tail held high are usually interpreted as a declaration of self-confidence, high status and "power" in a given interaction.  And yet if I were to tell you that these behaviours are also exhibited by dogs who are instead standing stiffly because they are scared and trying to face a danger, would this change your perception of the dog ?  The ethogram can help us to recognize behaviours and then to decipher their meaning within a specific context.

It's hard to feel empathy for an aggressive dog.  In the face of danger, our natural reaction is one of self-defense, and the emotions we feel serve the purpose of preparing us to fight, and to survive. Fear and anger are barriers to empathy, and that's why an aggressive dog is seen as an enemy, rather than as an individual in need.  It can be helpful to remember how bad we have felt ? how vulnerable, and how unable to control ourselves and events ? at times when we ourselves were aggressive towards someone else.  From a cognitive standpoint, we can try to think of aggressiveness and fear as two sides of the same coin.  Understanding and controlling our emotions is a fundamental part of helping an aggressive dog. When dealing with an aggressive dog, I ask myself: Am I scared ? and Do I like this dog ?  And I find myself liking a dog when I am able to relate to his need for help rather than see him as a threat. 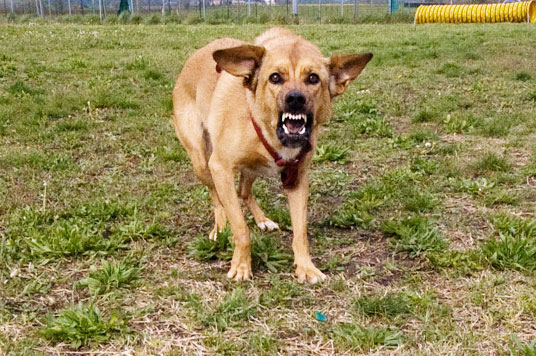 A study published in the journal Psychological Science by University of Pennsylvania researchers Adrian Ward, Daniel Wegner and Andrew Olsen found that people attribute a lesser ability to feel emotions and to suffer in those who have undergone abuse. In some way, this abuse is seen as in some way justifiable if the person who is abused doesn't realize what they are being subjected to.

Who do we feel empathy for ?

Many TV programmes on dog training and rehabilitation promote empathy for the dog owners, not the dogs.  Typically, the owners describe their difficulty in coping with the problems they are facing, and the accompanying video footage highlight the "bad" behaviour of their dogs. The result ? Viewers are able to see themselves in someone else?s shoes: but that someone else isn't the dog.