Let us walk together

I didn't remember this pic, so when I saw it tonight I was like aaaaawwww. 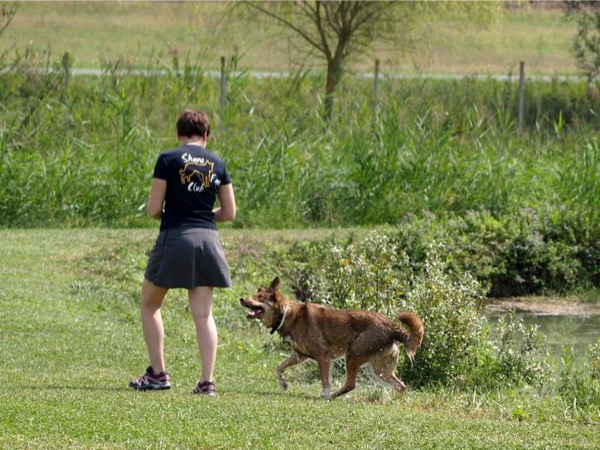 There aren't many things to aw about, actually, no chubby babies nor rounded puppies nor weird sleeping kittens. Just us taking a walk together.
The thing is, we are together.
We've spent ages being drifted apart, trying to change each other, arguing and fighting. My main goal was to make her stop. To make her stop running away, to make her stop yelling, to make her stop losing her mind after every fucking non-sense.
It was like leaving with Rain Man, and I'm no Charlie Babbit.

I used to go on a rampage with her, out of exasperation. Cause she was too much to bear.
She had our lives turned into a hell, believe it or not, she was great at it. She's super smart, and oversensitive, plus she has huge issues on controlling her emotions. She basically freaks out on an empty field, on a bird, on a stream or on a puddle, she just doesn't get along with life and the whole world. Not sure she can't even cope with herself. Must be hard to deal with such a freak Self, so she basically wasn't even able to sleep when she wasn't restrained. And I'm sure that she was in a fight with me as much as I was in a fight with her.
Cause she looked for answers and protection from me, whereas she only found dumb treats and requests.

Of course, that works for most dogs, or the world wouldn't have plenty of not-that-much-skilled dog trainers. But she isn't most dogs.
That ended up being a blessing. She made me go further the usual training techniques, she had me learn the dog ethogram and how to tune on a dog's feelings and needs. Her feelings and needs, not mine.
The moment I dropped to demand her to be what she was supposed to, and accepted her how she was, I started to realize how unfair my attitude has been.

Dogs aren't around to please us. This includes that they are entitled to differ, to have issues, even to struggle to live with us, cause we people are a huge pain in the ass. We want dogs to stop being a problem, and possibly be cute in the process.

This is why people usually go to the dog trainers : not to look for their dog to feel well, nor to get to comprehend them, but to make them stop pulling on the leash, bark, peeing on the carpet, chew the remote control.
Shani made me get over that stuff.
It took almost two years, it was painful, annoying, hard, but I eventually got to see her for good. If you think that this is a happy ending, that she went all Rin Tin Tin on the blast of a little bit of love, you are taking this story wrong. She's always the same bitch.
A bit of a troublesome, a bit smart ass, extremely oversensitive, that I'm-scared-like-hell-but-not-gonna-show-it kind of dog that has fooled me a zilion times into believing she was a bad dog.

I still can't get her off leash, nor walk her around. She still freaks out on a million things and tries to get herself killed if I don't look after her. And it will always be like that. The thing is, we are in this together. I recognize and accept her for a living being with her emotions, her issues, her story.
I demand nothing from her, I provide with the answers, the love, the play, the bonding time she needs (which isn't that zen as it sounds. Requires a lot of work and learning). This is how we started to get along, us girls. And she did changed a bit, actually. In small things, like she can sleep now. Even by day at times.
She can stand an empty field, she can stand to have some friends over for dinner. She's sweeter and calmer. And when she looks at me, she now sees me. That crazy gaze is gone for most of the day, even though she saves it for the neighboors' cat. And this is not even that important.
The important thing is that we now walk together.
Unless she steals the cupcakes my husband made for me. Then she's still a freaking bitch.