First spring sunny sunday, I meant to enjoy warmth and a book on a beach chair in my yard. Everything was ready, lemonade, book, sunglasses. Fun in 3...2...
And here we go, my neighbours had guests. The whole family was there, granparents, parents, grandchildren. And the new labrador puppy they got some months ago.

I usually avoid to get in touch with people walking dogs, training dogs, demanding stuff from dogs, talking dogs. Hell, I even usually avoid to see people and dogs together. It breaks my heart. Once you get used to notice unease in dogs, you can't withdraw anymore. You see it and you feel so sorry for them. So mad about how unfair and bossy and mean is human attitude towards them, even when people mean to be a good owner, a good friend, a good teacher.
So, I tried to ignore what was about to happen in my neighbours' yard, but I wasn't able to. The kids started to play with that poor 5 months old pup. They called him a thousand times, made him sit a hundred, demanding to stay stiff while they threw the ball, then asked him to fetch and competing with him to grab it. The dog got sometimes swamped in the process, but everytime he tried so hard. Whenever he managed to get the ball, they made him give it back by holding him tight and force him to open his mouth. Then they made him to look for them. 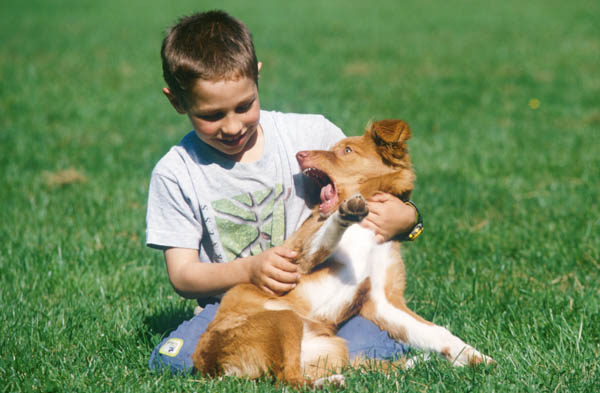 A kid was hiding and the others asked the pup to find him. He was dragged in a corner by his collar, sit, stay, don't look, look for her, no, not yet, stay, I said stay, look for her, sit, I said sit, go for her! The pup did it four times. He was was showing stress signs since the very beginning, which, of course no one bother to notice, not even the grown ups. Since no one cared to listen to him or respect him, he tried to avoid the situation in order to feel better: he went sniffing the fence, the more far away he could, and grabbed a toy in order to cope with his increasing stress.
They called him back, many times and, as he kept desperately ignoring them, they yelled at that stupid dog and dragged him back. "You HAVE to look for me, we're playing". When they tried to open his mouth again, he finally growled and got slapped. I was surprised it took him so long to get there. Dogs are sometimes a kind of saints.
I suppose it's because we people use to kill the ones who didn't bear all this without rebelling. This time, he let it go. He gave up. 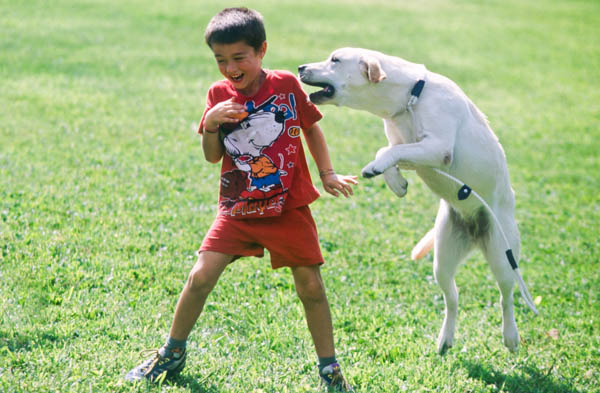 He's five months old. What he already learnt is: my family doesn't understand me. My family is inconsistent. My family is aggressive. My family is crazy. My family isn't trustworthy. My family in unfair. I'm totally alone and the ones who should play and work and cooperate and  live with me act against me. I have to defend myself from my family. Of course, he doesn't think all that. But he feels it. How sad this is. And he will keep to love them, to obey, to stick with them. He will follow them when unleashed and everyone will think he's a happy dog, living in a happy family. What else could he do?

Dogs are very talkative if you can understand their language. They ask, they make statements, they demand things, they express feelings. And still, people can't notice a thing. People understand a dog's behaviour on a basis which is made out of prejudices, vacuity and convenience. We adopt dogs in order to get something enjoyable which sticks to our wishes. He has to. We don't care about how he feels, not really, so we just don't see his true needs and emotional states. It's easier when it comes to step over them in order to force him to act as the perfect toy. This is a really easy game when we deal with puppies. 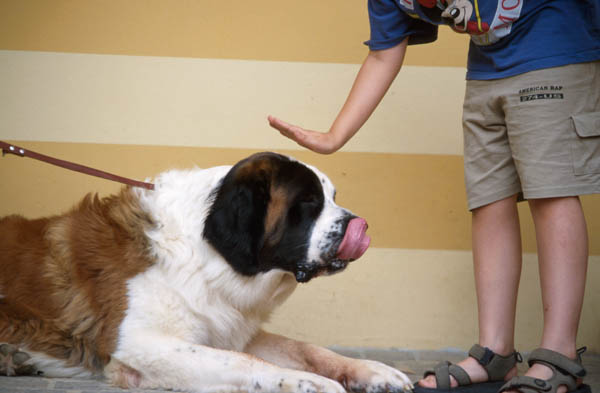 An adult dog usually shows how he feels in a more evident way than a pup.
Puppies take all in and people never pay attention to what's happening. They take them downtown during festivals, into pubs, along crowded and noisy roads. They allow everyone to pet them, they drag them on the leash if they aren't willing to walk. They knacker them out with demands. And puppies seem to bear it, since they fall suddenly asleep even among a yelling crowd. I once chased a couple who was dragging a two months old puppy in a mall. He was too scared to be able to walk so they just kept walking dragging him like a mop. "Cause you know, he has to learn".  As soon as I reached them to ask them to stop, the pup curled up in a ball and got alienate. He almost fell asleep. Alienation and sleep are the ultimate tool of the puppy in distress.
So yes, puppies a kind of lie, if you don't pay attention to their slight signals. They seems to be fine with everything and people keep acting like everything is ok. But since adults don't lie, you are getting in trouble when they will grow up. Dogs don't get suddenly crazy at one or two years old. They just eventually show the outcome of what they experienced when they were younger. Of course, genetic pattern does count. This is why humankind is still alive. We spent thousands of years killing the dogs who didn't get along with our tyrannical behaviour, so most dogs just keep carring on day by day.
I wonder how long it will take to my neighbours' pup to get to bite them. 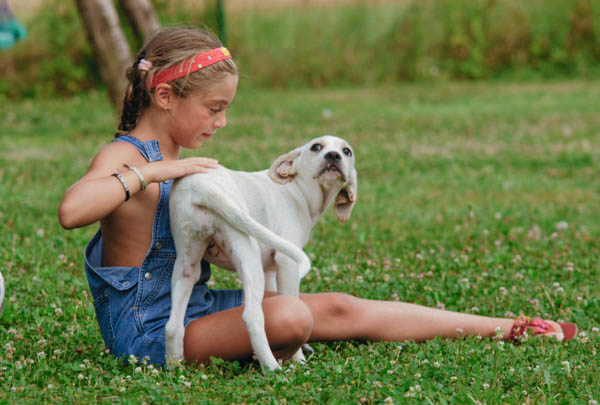 Dogs don't lie. Each and one of them has his own personality and they look straight at it when it comes to deal with each other. We look at the behaviour, they look at the personality. If a reliable dog don't trust an apparently pretty calm doggie, you can bet he has some good reasons for it. This thing applies to pups as well. Being young doesn't mean being a cute piece of clay.
I once saw a nasty puppy. People thought he was tough and aggressive and basically that he was meant to grow as a pain in the ass. But the other dogs weren't scared of him. They looked beyond his attitude. He ended up to be an unsecure and scared puppy, who was desperately trying to find his way in this world.
I once saw a calm puppy. People thought he was quiet and manageable and that he would have do a great family dog. Truth is, the other dogs were too scared to approach that furry tiny ball. He was so calm cause he was so confident, strong and aggressive in his personality that he didn't need to show it off.

So, do puppies lie or not ?

They don't.
They communicate, they experience emotions and feelings, they try to sort it out when it comes to survive to us.
We just need to take off our filters and to sincerely look at them.
Of course, this is not conventient. This is not easy. And it requires some study or a huge sympathy many of us simply don't have. I lost mine during classes about how to be a dog trainer. Most of what dog trainers usually learn has nothing to do with dog's emotional states respect, or with communication. It mostly involves mechanical stuff and how to make customers happy with their dogs, not how to make dogs happy with their owners.
But I got lucky enough to meet some different kind of dog trainers. A crazy bitch happened to me and made me look desperately for a real help (here's our story), till I ended up to find it.
They taught to me all this stuff I wrote about, they made me to drop my filters and to learn to listen to dogs and to communicate properly with them.

More on "Ethogram of stress behaviors of the dog" 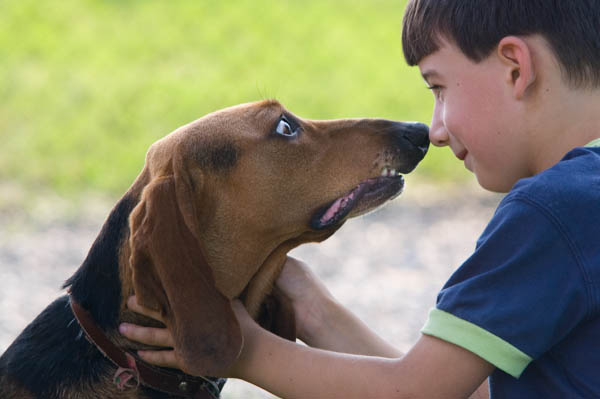